Justice Without Fraud - A Challenge To Republicans Running For Office

Democrats need crooked cops and prosecutors like they need poverty, to prove that you are a racist every election cycle. I am presenting a challenge to Republicans to fix a deep and simple problem in the justice system. Instead of the usual political theater of trying to tweak things in the judicial branch without offending anyone, there needs to be an independent institution in the executive branch, to prosecute misconduct by police and prosecutors. People need a number they can call to address their issue before they get to the voting booth.

Republicans demand more prosecution and tougher penalties for criminals. But we don't want to be pandered to and cheated with fake prosecutions where the state uses paid or coerced witnesses, often aggressive felon predators and drug dealers who are rewarded by being put back on the street, to frame incompetent people, instead of doing the leg work of actually solving hard cases. And we are tired of spending money to campaign against radical nihilists who have lost faith in the justice system and want judges who let everyone out of prison, because there is no independent institution in the executive branch to punish and deter misconduct by police and prosecutors. The justice system has become a dysfunctional casino of perverted case law and mandatory minimums, where the innocent are convicted and the guilty go free.

Do you agree that a prosecutor who pays a criminal to take an innocent person's life with false statements is a criminal? Will you support new legislation to create an independent institution in the executive branch, to punish lazy and sociopathic "serial killer" prosecutors, who coerce witnesses facing prosecution, reward convicted witnesses with freedom, or otherwise pay witnesses, in cases that are ultimately overturned, costing immeasurable lives and money (and leading to entire families who vote Democrat for generations)?


email 2ulive on gmail to support, oppose, or debate this position, or for more information


There is no jury instruction that can repair the damage, in a trial taken over by a paid storyteller who was not even there when the crime was committed, and is not interrupted or made to stutter or limited, by any of the usual constraints of evidence gathering, authentication, and presentation that hobble every other type of evidence and witness. 50% of death-penalty cases exonerated by DNA involved jailhouse witnesses. More than 140 people have been exonerated in murder cases involving jailhouse witnesses since 1966. Why do Republicans want felons, whom they wouldn't even allow to vote, to be paid to take the lives of innocents, and manufacture millions of Democrat voters in the process?

Here is an example of the kind of case that makes it very difficult for Republicans to get elected, even running against total degenerates like Andrew Gillum:


Paying felons to lie to take an innocent person's life is a heinous crime. But it is not currently against the law, and happens very often. Most attorneys are familiar with it, but they have a professional courtesy where they do not wish to prosecute their peers lest they might be prosecuted themselves. Of course defense lawyers, who have often worked as prosecutors themselves, and who lie even more as defense attorneys, support immunity for lawyers.

The solution proposed by the Florida Supreme Court was of course a solution available to the judicial branch: a jury instruction. But that is totally ineffective. Just as judges letting criminals out of prison is an ineffective deterrent to police who break the law, with illegal searches or by tampering with evidence.

The Florida Department of Law Enforcement told me it is the job of private defense attorneys to prosecute police who break the law! That is totally ineffective! The local public defender not only has a high caseload and junior attorneys, but he goes to the same church as the local police and his children attend school with their children.

There has to be some consequence when a prosecutor is found to have suborned perjury to take an innocent person's life. There currently is no consequence, no deterrent. The only consequence is a person who spends $500,000 on lawyers might get out of prison 15 years later. In that time the bad actors will have gone on to wrongfully convict dozens more people.


ARGUMENT: If prosecutors face legal liability for wrongful convictions, won't that deter them from prosecuting crimes? How will you be able to hire any prosecutors?

Everybody faces legal liability, police, doctors, even interior decorators. Why should prosecutors be exempt? And everything has consequences. The question is which consequence is preferable? If prosecutors refused to prosecute murder, the consequence would be vigilantes and lynch mobs taking it into their own hands in the street.

The consequence of prosecutors being punished when they are caught taking an innocent person's life by paying witnesses to lie, would be slightly fewer convictions, including fewer convictions of innocent people. The consequence of letting prosecutors get away with anything, is people lose trust in the system, and vote for Democrats who will let everyone out of prison!

I recently had to sit in court and watch violent felons tell lie after lie after lie, with the consequence that they were let out of prison early, and my friend got life without parole for something that didn't even happen. As I started talking to people about it, I learned something surprising: A lot of people had similar experiences, where they felt some cop or prosecutor was like Al Gore with no controlling legal authority, and there was literally nobody they could call. They lost trust in the system.

These were conservative people, often simple and inarticulate, on right-wing websites and in Republican neighborhoods, who hold the same values and should be turning out Republican. But instead they think they are libertarians, or they don't vote at all. Or they reject traditional and Christian conservatives as "the old boys network " and only become intrigued by counter-culture candidates. The solution is not, as Andrew Breitbart suggested, a "punk-rock Republican" to appeal to people superficially. It is simply to create an independent institution in the executive branch, so that police and prosecutors can be held liable in an orderly and standardized and transparent way the same as every other profession.

Right now it is taboo to perform any outside scientific analysis of the outcomes produced in the justice system. I was told trial exhibits are even shielded from public scrutiny. How can the public perform oversight? Untold millions are spent regulating doctors and insurance companies, or putting cars through crash tests to see how each one performs. But nobody will spend the money to even take a small statistical sample of criminal cases, and say let's see if an independent review can validate these outcomes.

Right now there are not even statistics that we could use to have a rational debate about the cost of misconduct by police and prosecutors. The only statistic is votes for Democrats. Yes, the voter is the regulator. As a Republican, I am not enjoying that paradigm. As long as there are lying witnesses whom the rules of evidence won't even let you call a liar, and who can take over a trial by telling the whole narrative in a single breath instead of bits and pieces over days, and as long as there are crooked cops and prosecutors who use this scam and a dozen others, Democrats will call Republicans evil racists and win elections.

The solution to actually improve the justice system is not Democrats calling Republicans racists. The solution is not some "judicial reform" where you tiptoe around the real problem and tweak a few things here and there, while both sides avoid offending their base. Every spineless politician who is afraid of the voter, tries to just use judges for some easy fix. The solution is an independent institution in the executive branch to investigate and prosecute police and prosecutors, and create a deterrent to manufacturing paid witnesses who are not known beyond a reasonable doubt to be telling the truth.

Democrats need a constant supply of wrongful convictions, and idiotic police who are "investigated" by their peers, so they can prove Republicans are racists. Every time a cop or a witness lies, people vote Democrat, and it is a brick in the road to serfdom. Republicans are too much pussies to do anything about it, for fear of being aligned with Big Mike Brown.

An SEC for police would not reduce policing and expose you to rapists and carjackers, any more than the actual SEC reduced public stock promotion. They sold more stock than ever with the SEC, because their reputations were protected from damage by the worst actors among them.


If some cheezy car salesman like State Attorney Phil Archer wants to debate what I am saying, here you can scout some of my best lines:

Massive Demand to Lock Up the Innocent in a Democracy

Black Lives Matter and "The Myth That Burns Our Cities"

letters to my representative

mass incarceration mass-produces as many Democrats as immigration 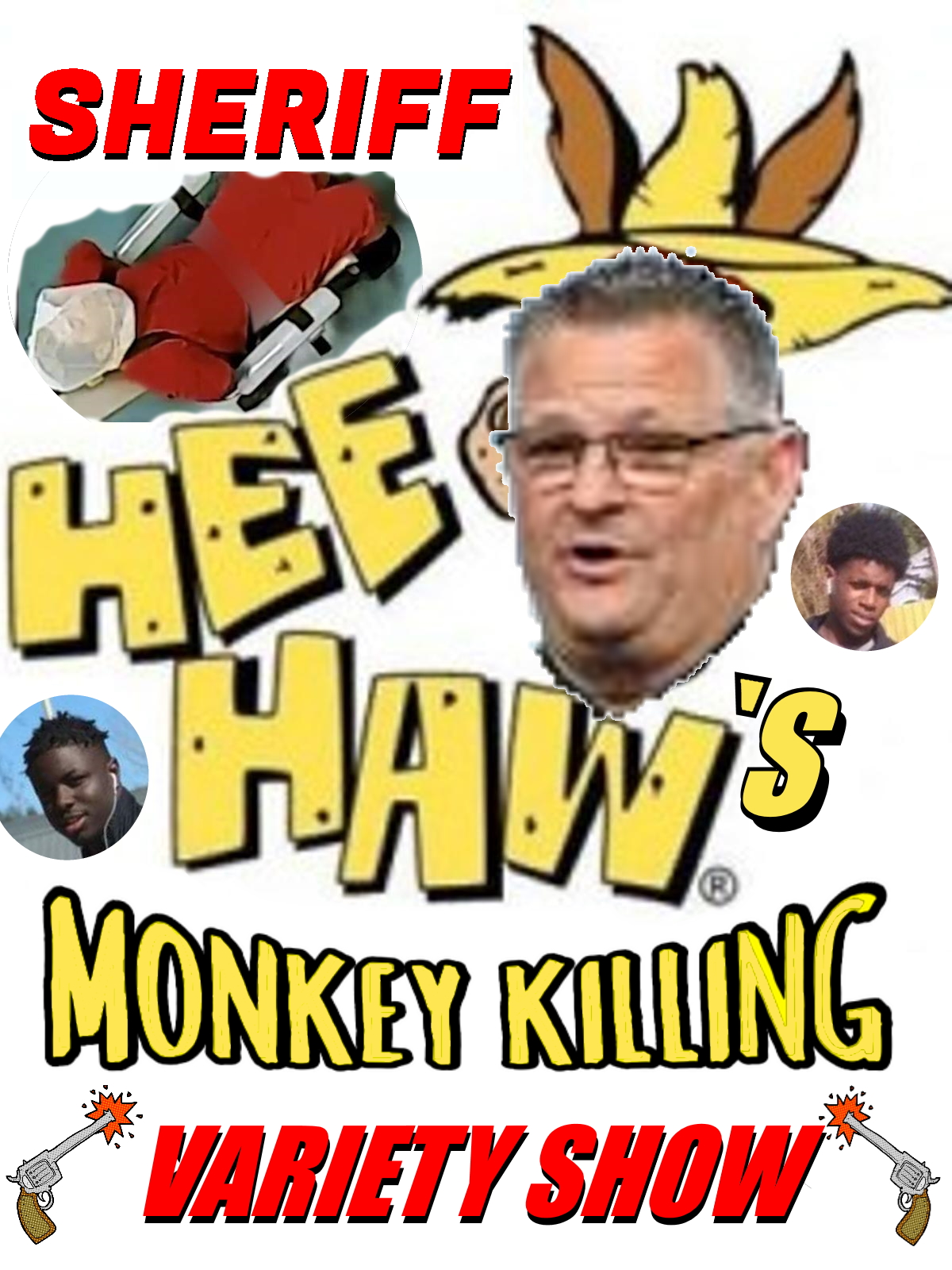